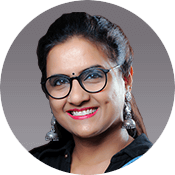 Dr Saundarya Rajesh is one of India’s most respected thought leaders on Diversity & Inclusion. An award-winning social entrepreneur, she is best known as the pioneer of Second Career opportunities for women in Corporate India. She has been recognised as a “#100Women Achiever” by India’s Ministry of Women and Child Development as also listed in the United Nation’s “Women Transforming India”. As part of the UK Government’s initiative to recognize leaders from all over the world who are making transformational changes in their home countries, Dr. Rajesh was recognized as one of the Top 35 Global Changemakers and was featured in a specially-commissioned exhibition of portraits at a London Art Gallery. In early 2019, she won Twitter India’s #Web Wonder Women Award for disseminating positive energy via the web. She is also, the only Indian to receive the “Winds of Change 2019” award by The Forum on Workplace Inclusion, Minnesota, USA.

A relentless advocate of the potential of women in the workplace, Dr. Saundarya is the advisor of choice for an impressive list of organizations and leaders on the benefits of Inclusion and Diversity. One of the earliest voices in India to speak about the need for gender balance in the workplace, her diversity immersion sessions have benefited varied audiences, ranging from industry bodies to the police force, from entrepreneurs to college goers, from organizations like Accenture, Deloitte, IBM, Mahindra Group and Tata Group to small and medium businesses. Inspirational in her approach to tackling systemic issues faced by women, Dr. Saundarya has irrevocably changed the game for the Indian Woman Professional, by introducing the concept of “Career Intentionality” and “Career Reentry” to Corporate India.

Widely quoted on women’s careers, entrepreneurship and inclusive leadership, Dr. Saundarya is a highly sought-after speaker at conferences — both national and international — and a firm believer in integrating work and life. In her pursuit to develop and inspire people to grow to their full potential, she has made her debut in through the book – “The 99 Day Diversity Challenge™” published by SAGE that hit the stands on October 30, 2018. The book, in its pre-order window on Amazon, broke records by selling out within hours of its launch. The 99DDC™ has won several acclaims from industry leaders and has been designed to develop diversity and inclusion mindset in any organization or even individual within the proverbial 99 days. 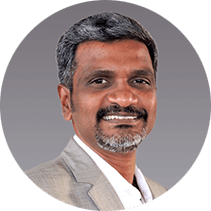 UmasankerKandaswamyholds a Masters in Public Administration from the University of Madras, is an Electronics & Communication Engineer and has done an MDP from Indian Institute of Management, Ahmedabad. With over 20 years of experience in Recruitment Consulting, Umasanker is a prolific headhunter, with over 1700 closures in his career, comprising of top management, senior management and reporting-to-board positions.

Umasanker has spearheaded large mandate recruitment projects for a variety of industries. Sourcing of any kind comes naturally to Umasanker – he manages IT sourcing with as much versatility as Non-IT.

A popular problem faced by recruiters then (and now) is that candidates do attend interviews, but either do not accept the offer or do not join as agreed. To counter this, the team lead by Umasanker devised a robust data capturing mechanism called the “Dialogue Box”. This helped the team leverage both structured and unstructured data that emerged during candidate interactions. By employing data-driven profiling methods, the team was able to ensure a very high candidate selection rate and high interview-to-joining conversion.

Today, this data analytics process, under Umasanker’s stewardship, has been scaled up using artificial intelligence and machine learning. Over the past 17 years, the team has profiled and researched over 15,00,000 resumes, drawing their career trajectories and analysing reasons for offer acceptance or decline. Research and Analytics has played a big role in our journey as a service provider of choice for talent requirements of discerning organizations.

Every year, Umasanker has, as a personal goal, been training young generation in the path of Leadership and has been invited by many colleges to be the Chief Guest to address the young graduates & post graduates. His passion for people is equaled only by his passion for music and cricket – Umasanker is a great singer and is a fast bowler. 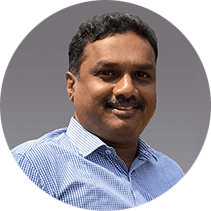 Karthik is a Diversity and Inclusion specialist who has completed several seminal projects successfully for various organizations. An MBA, with over 19 years of experience in business analysis, talent strategy and workforce diversity consulting,Karthik has devised flexible working policies and created diversity-ready workplaces for several fortune 500 organizations.He brings with him a rich experience of managing a wide range of requirements for creating futuristic workplaces.

As one of India’s pioneering workers in the field of Second Career programs, Karthik has been a key architect in the re-entry of women into the workplace. He has worked on many research studies on Diversity & Inclusion, Second careers for women, Generations in the workforce, Flexible working and Work-life balance. He has also conducted Diversity & Inclusion audits for a number of organisations.

Karthik has also co-authored several papers that have been published in Journals of National and International repute. He has been conferred the DIVERSITY LEADERSHIP AWARD by World HRD Congress 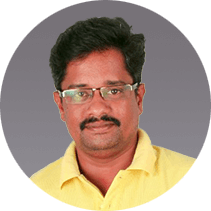 Roy is a Public Administration Graduate from University of Madras and he has finished his schooling in Pondicherry. Coming from an IT background, Roy joined AVTAR as a Trainee consultant and has now grown to lead a 70 member team. With close to a decade of experience in recruitment, Roy is a dedicated head-hunter, often working shoulder-to-shoulder with his teammates and challenging them to close the search before he does! The IT/ITES/BPO industry is naturally his first love, but Roy is proud of the fact that he does not have any boundaries with regard to managing a search. Identifying the right candidate for the mandate and ensuring that the search is closed successfully is Roy’s biggest thrill. Constantly on the look-out for knowledge in new industries and verticals, Roy loves an engaging search. Turn-key projects from clients for large mandate recruitment are a favourite of his. He takes pride in placing candidates across levels and many of his closures are in positions such as Director, VP, AVP and in middle management levels too in functions such as IT Software, ITES – Operations, Finance & Accounts, Sales & Marketing, HR, Banking Operations, BPO, Supply Chain Management, Engineering, Infrastructure, Manufacturing, etc. Having closed several global positions, Roy’s Linked-In list reads like a who’s-who of industry!

Roy loves playing cricket and he is an avid gymmer, working out at least thrice a week to maintain his physique. He is Captain of the AVTAR cricket team and rain or shine, every weekend, the beach on east coast road will find him and his team playing an involved cricket match! 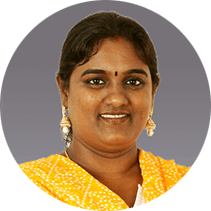 Priya Dayabaran, one of the founder members of AVTAR Career Creators, heads the Organizational Development function. She is deeply passionate about culture and it shows in the highly engaged workforce that she influences, across the AVTAR Group, consisting of a diverse set of full-time, part-time, flexi-time professionals. Since joining AVTAR in 2000 she has handled multiple roles – Recruiter, Management Representative – ISO, Team Leader and Head of Practice. A true blue AVTARite, her multifarious experience has made Priya a very astute talent strategy consultant & a perfect culture ambassador. She also leads the Centralized Support Function of the AVTAR Group. An avid reader of both Tamil and English fiction, her favorite hobby is the translation of English articles, poetry and themes into chaste Tamil. Her special love – vintage Tamil film music! 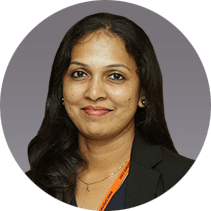 After having started her career in Advertising, Rashmi followed her passion for communications through her role as a communication expert across industries like FMCG, IT, Real Estate over the past 10 years. She completed her Masters in Communication after graduating in English Literature with a Gold Medal to her credit. Creating successful marketing campaigns during her stints, Rashmi has some quality experience in brand strategy, marketing campaigns and content management.

A deep-thinker, visualizer and content-writer, Rashmi has a keen sense of observation and perception that helps her build meaningful and effective campaigns. She handles the entire gamut of communication related activities for the Group. A true-blue Chennaiite, she is an avid reader, a music lover at heart and a poet when expressing herself, albeit with a philosophical touch! 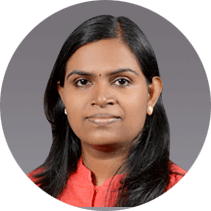 Anju Rakesh, a CBSE national topper is a Computer Science Engineer from BITS, Pilani – one of the premier institutes of technical education in India. Research had always been her passion and in her career spanning 12 years, she has published several papers – both in the technical stream and in the social sciences stream, in national and international journals. In 2010, she was chosen to present a research paper on ‘Sentiment Analysis’, that she co-authored, at AAAI (American Association for Artificial Intelligence), a highly prestigious Artificial Intelligence conclave in Atlanta (USA).

A listed co-inventor of two patents at the USPTO, Anju has played pivotal roles in several research studies undertaken in-house – on career intentionality of Indian professionals, on generational diversity amongst Indian Professionals and economic centeredness of Indian women, to name a few. She has currently diversified her research intent to understand the role of AI in the HR framework of organizations. She is also the focal point at AVTAR for Corporate India’s largest gender analytics exercise – Working Mother & AVTAR 100 Best Companies for Women in India study, which recently launched its third edition, after two successful runs in 2016 and 2017. 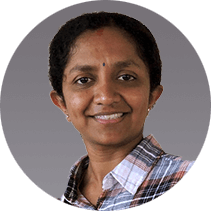 Sridevi is a Masters in IT with more than 13 years of experience from various corporate organisations across India. She brings in a holistic approach to IT, Operations & Business Development. Has a passion for people and technology which is the right combination for Bruhat Insights Global.