Unravel a prism of possibilities
From a CXO’s Vision.

CXOs share a bond- they deeply understand the business challenges. As the future of work continues to evolve, successful organizations are shifting their mindsets around the value of data. Data is more than simply record-keeping – it is a critical asset that can provide major strategic insights that help leaders run their businesses better.

Join together with your peers and Senior Executives to understand how common problems are solved across industries and gain fresh insights on data efficiency and more directly from the CXOs. You’ll return feeling more energized, reinvigorated and focused with new ideas to act upon 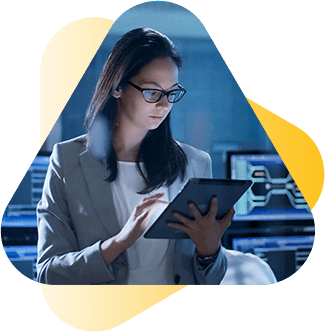 Dr Saundarya Rajesh, Chairman, Bruhat Insights Global will set the context for INSIGHTS.ai. Hear it from Dr Rajesh about her tryst with Artificial Intelligence in the people management sphere.

CEO's Innovation – In-depth analysis of how to leverage on emerging technology! Let's hear from Sai Krishna - CEO of Scapic

CEO's Innovation – Innovation Starts with Disruptive Thinking! Let's hear from Manoj Agarwal, Co founder of Xoxoday on their innovation in the field of HR

Future of Data – A glimpse into the past and future of data by emphasizing the way forward for innovation in AI. 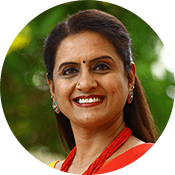 Dr Saundarya Rajesh is one of India’s most respected thought leaders on Diversity & Inclusion. An award-winning social entrepreneur, she is best known as the pioneer of Second Career opportunities for women in Corporate India. She has been recognised as a “#100Women Achiever” by India’s Ministry of Women and Child Development as also listed in the United Nation’s “Women Transforming India”.

As part of the UK Government’s initiative to recognize leaders from all over the world who are making transformational changes in their home countries, Dr. Rajesh was recognized as one of the Top 35 Global Change makers and was featured in a specially-commissioned exhibition of portraits at a London Art Gallery.

In early 2019, she won Twitter India’s #Web Wonder Women Award for disseminating positive energy via the web. She is also, the only Indian to receive the “Winds of Change 2019” award by The Forum on Workplace Inclusion, Minnesota, and USA. A relentless advocate of the potential of women in the workplace, Dr. Saundarya is the advisor of choice for an impressive list of organizations and leaders on the benefits of Inclusion and Diversity. One of the earliest voices in India to speak about the need for gender balance in the workplace, her diversity immersion sessions have benefited varied audiences, ranging from industry bodies to the police force, from entrepreneurs to college goers, from organizations like Accenture, Deloitte, IBM, Mahindra Group and Tata Group to small and medium businesses.

Inspirational in her approach to tackling systemic issues faced by women, Dr. Saundarya has irrevocably changed the game for the Indian Woman Professional, by introducing the concept of “Career Intentionality” and “Career Re-entry” to Corporate India. An entrepreneur who has created successful, growing enterprises such as AVTAR Career Creators, FLEXI Careers India and AVTAR Human Capital Trust, Dr. Saundarya is also counted among India’s early stage innovators in the space of Artificial Intelligence in HR.

Bruhat Insights Global, founded by Dr. Saundarya provides cutting edge predictive and prescriptive analytics for hiring solutions. Bruhat was recently featured at the World Artificial Intelligence Show at Dubai. Widely quoted on women’s careers, entrepreneurship and inclusive leadership, Dr. Saundarya is a highly sought-after speaker at conferences — both national and international– and a firm believer in integrating work and life. In her pursuit to develop and inspire people to grow to their full potential, she has made her debut in through the book – “The 99 Day Diversity Challenge™” published by SAGE that hit the stands on October 30, 2018. The book, in its pre-order window on Amazon, broke records by selling out within hours of its launch. The 99DDC™ has won several acclaims from industry leaders and has been designed to develop diversity and inclusion mind set in any organization or even individual within the proverbial 99 days. 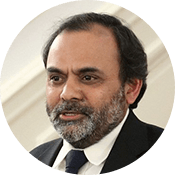 Dr Satyam Priyadarshy is Chief Data Scientist at Halliburton (NYSE: HAL). He is also Senior Fellow of International Cyber Security Center at George Mason University. He is a veteran of Big Data and Data Science. He is a global leader often referred as Venture Idealist, who transforms businesses by leveraging Big Data, Data Science, and Emerging Technologies. He has provided executive consulting to Global companies. Some of his recent associations include established company like BellSystem24 in Tokyo, mPortal (Virginia) and Internet Startups like Enformed (San Francisco), Foodem, Sustainable Star, and Innoengineer (in the DC Metro area), etc. 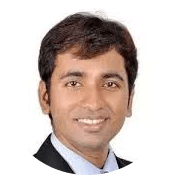 Balaji Viswanathan is the co-founder and CEO of Invento Robotics. He has been in the tech industry for 12 years and has worked in a range of products starting from Microsoft Windows in Redmond where he worked as a part of “Windows 7” Core development team. He is also the most followed writer on Quora and a winner of multiple international awards for research and innovation. 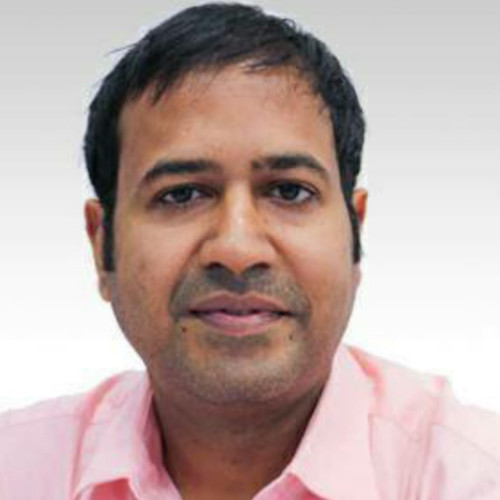 Manoj Agarwal, Co-founded Xoxoday with an intention to build a workforce who are passionate and not just obligated, to work for enterprises. Since its inception in 2012. Manoj Agarwal is a Computer Science Engineer from PEC Chandigarh and an MBA from IIM Kozhikode. Manoj brings over 12 years of experience in technology, product, marketing, and business excellence. He has worked with companies like Yahoo, Manipal Education, and Flipkart in various roles. Manoj has always been active in promoting the spirit of entrepreneurship in India. 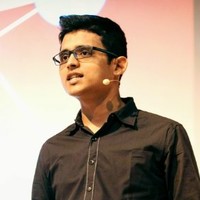 Sai Krishna, is often described as an accidental entrepreneur. As an engineering undergrad, Sai built and exited his first startup in the education technology space to power thousands of students to better use tablet PCs, and subsequently licensed the product to one of India’s largest ed-tech firms. Sai is also an alumnus of Stanford university Graduate School of Business, and the CEO of Scapic, a deep tech SaaS company building an Virtual & Augmented Reality platform to power enterprises to deploy cloud based content at scale. 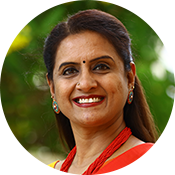 We’re here to help, so if you have any questions or issues,